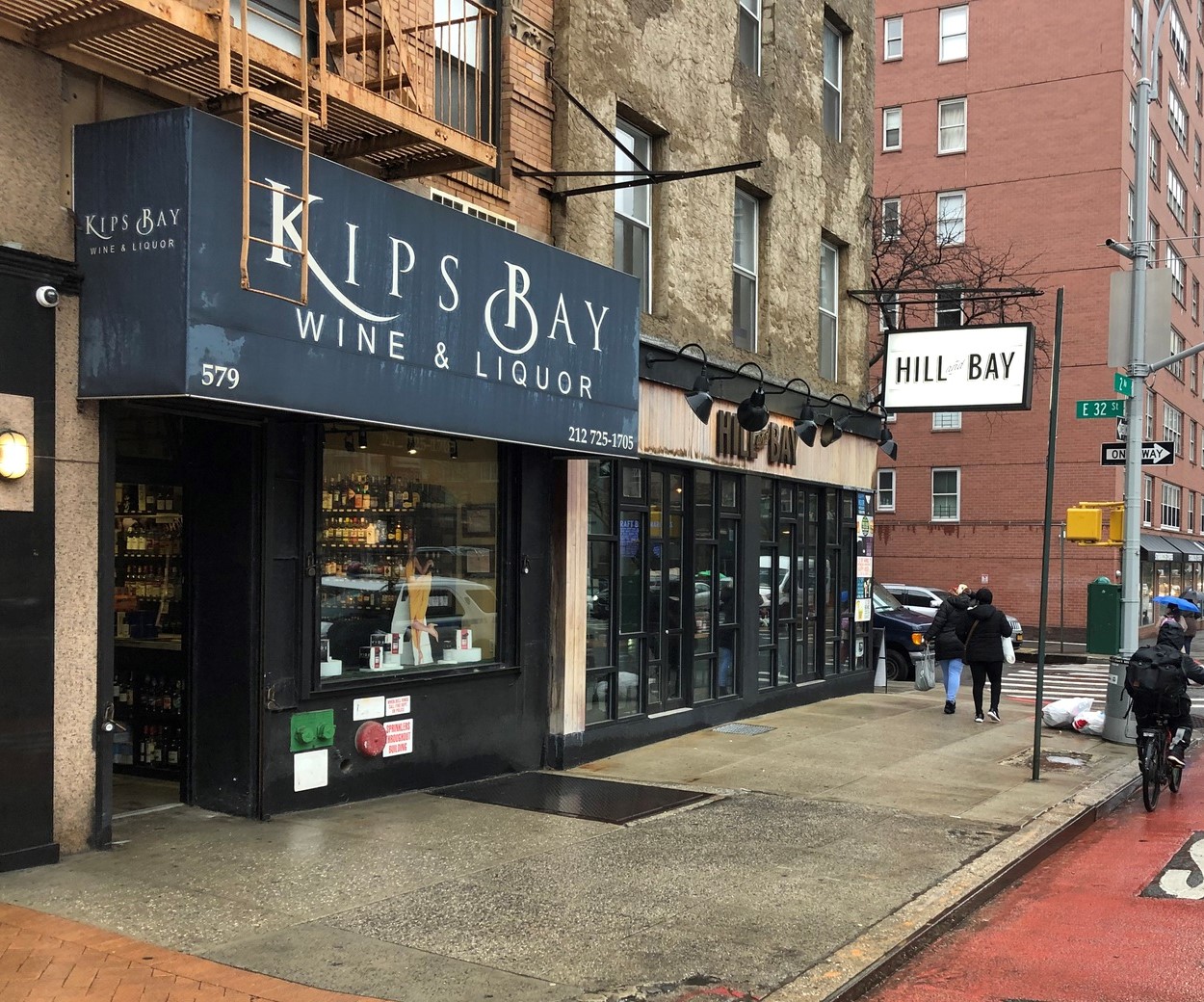 An interaction turned physical inside this store, according to police. (Photo by Keith Kelly)

BY KEITH J. KELLY | An altercation inside a Kips Bay liquor store April 7 resulted in the arrest on assault charges of a 29-year-old man who was staying in a nearby luxury condo. But what exactly transpired may depend on who was doing the talking.

“It was an individual that we had trouble with in the past,” said a shopkeeper inside Kips Bay Wine & Liquor at 579 Second Ave. near 32nd St. who declined to give his name. “When we asked him to leave, he got physical so we called 9-1-1.”

According to police, “When the victim asked the suspect to leave the location, the suspect struck him several times with a closed fist, causing swelling and pain to his face and back.”

An individual identified as Brendan Freedman, 29, gave his address as 630 First Ave., between 36th and 37th Streets.

But when The Village Sun reached him the following day via a message left with the doorman, he insisted it was the shopkeepers who had instigated the incident.

“I was in there every day for the past week, and never had a problem,” he said. “I wasn’t trying to rob them, I had money in my hand.” He said he was attempting to buy “cheap vodka” when a shoving incident broke out.

“They pushed me first and I pushed back,” said Freedman. “It’s all on video, which they refused to release. This will be taken care of as soon as we go to court,” he added.

He was booked at the 17th Precinct and released.

The address he gave is a luxury 29-story condo in Murray Hill known as Manhattan Place that has sweeping views of the East River, a 24-hour doorman and an indoor swimming pool, among other amenities. Freedman said he has been staying in a family-owned apartment at that address.