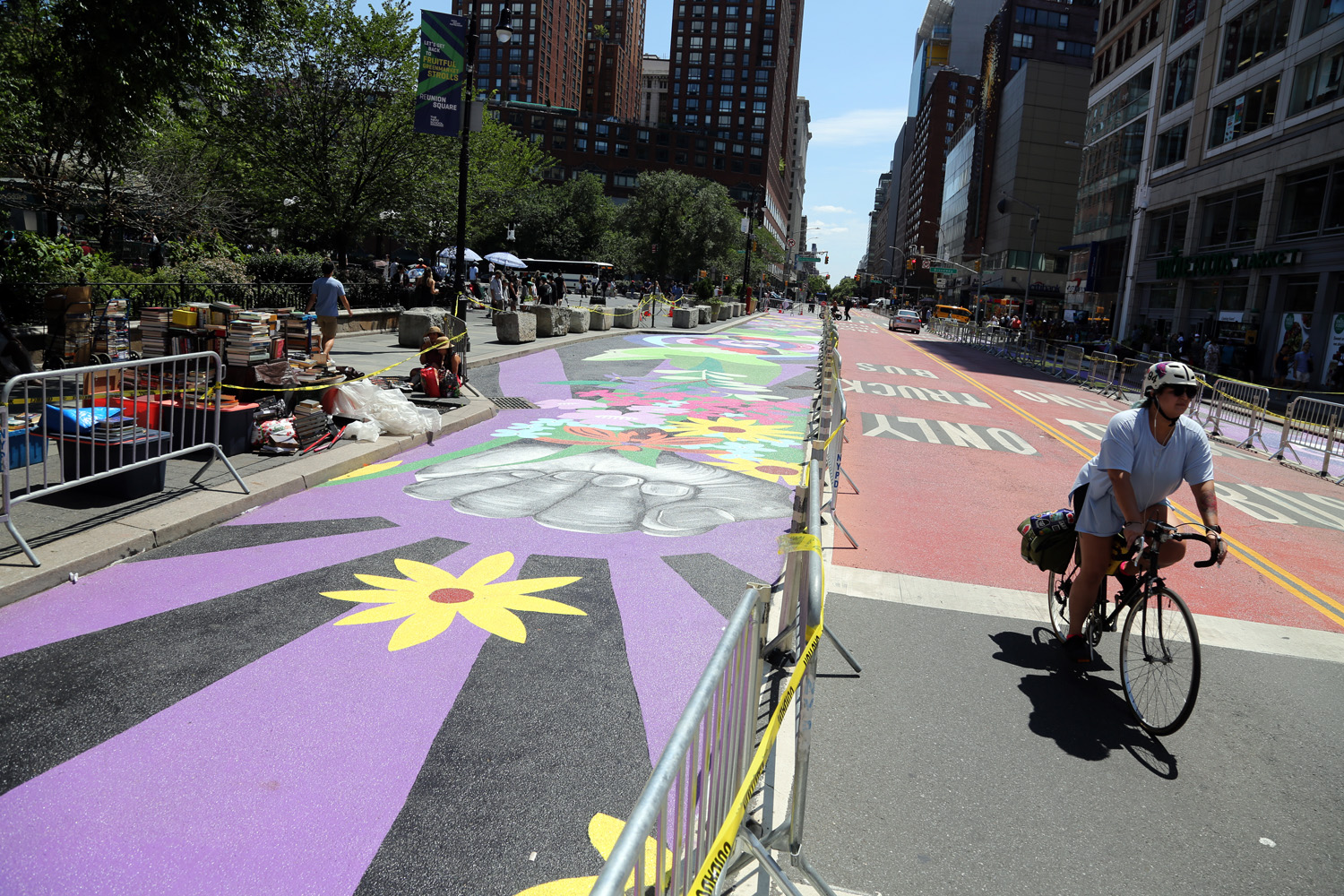 "Collective Visions," by GERALUZ and WERC, is a new street mural on 14th St. south of Union Square Park. (Photo by © Jefferson Siegel)

The asphalt-covering art is described as being inspired by the power of nature and unity as strong extensions of people and the Earth, representing resilience against injustice and extinction.

The street painting covers the pedestrian extension area south of Union Square Park that, initially pitched as temporary, takes away one lane of the street for use by motor vehicles.

This area was touted as a “safe space” — but shortly after its creation in 2019, buses were seen dangerously plowing right through it. Following coverage by The Village Sun, the Department of Transportation added delineators at the ends of the pedestrianized lane to warn bus drivers not to use it.

The colorful new mural should help make it extra-clear that the space is currently not for use by motor vehicles.